Jody Taylor is a former women's professional football player, who retired from playing in 2011 after 10 seasons wearing #65 and winning one World Championship in 2007. Born and raised in Fallbrook, CA

Taylor is an IMDb accredited actress and comedian. She has co-starred in two films and been featured on The Soup on The E! Network. She is an accredited journalist and writer who has been published in several national and local publications.

She supports several non profit organizations and has donated services to The Pug Rescue of San Diego, Women and Girls in Sports, San Diego Pride, and Palm Springs Pride, and NFL Flag.

Created in 2003 and officially launched under Sixty5 Media in 2011; Jody Taylor created Sixty5 Media with the vision that a client could receive a completely personalized campaign to increase their visibility and demand. Whether you were a small start up or a national chain, an auditioning talent or an A List celebrity we open eyes that open doors.

CEO and Founder, Jody Taylor worked in women's professional sports for over 13 years as the National Director for Media Relations overseeing 52 markets around the United States and was instrumental in putting women's professional football on the media map as well as obtaining some of the largest monetary sponsors the sport has seen to date. She was also an expert at recruiting talent for on the field and in front of the cameras.

After several request, Sixty5 Media began representing musical talent in 2013. All under one roof we are able to cultivate performance opportunities and partner our clients with additional opportunities for stage, TV, print, and film as well as endorsement opportunities. In our first year we have topped the iTunes charts at #2, had our artists on hit TV shows, magazine covers, and paid product endorsements. We have recruited and provided musical talent for San Diego Pride, Los Angeles Pride, Palm Springs Pride, the second annual Reality Wanted TV Awards, and two hit Reality TV Shows on the Lifetime Network.

Ms. Taylor has personally co-written on film, music videos, commercials, and most recently was featured on E! TV, and the Reality TV hit Raising Asia which garnered over 12 million viewers and co-starred in two feature films.

Sixty5 Media clients continue to solidify opportunities in television, film, stage, retail product expansion, endorsements, and music. We are able to successfully navigate any career or business with our full service of Management, Booking, Public Relations, and Marketing services.

Ms. Taylor's creativity and industry connections coupled with her knack for Marketing and Public Relations, Casting, and Production makes her and the Sixty5 Media team an arsenal for anyone seeking representation. 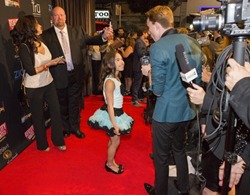 We Connect on BOTH Sides of The Velvet Rope 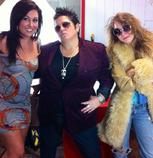 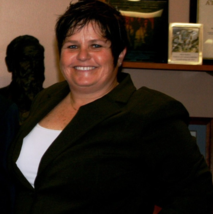 2019 Nicky Awards Winner for Business Woman of the Year. Nominated for Small Business of the Year four separate years!

The Nicky Awards are one of San Diego's most prestigious recognitions for excellence in LGBTQ business. In 2014, 2016, and 2017, Sixty5 Media has been  nominated for "Outstanding Small Business" and  CEO, Jody Taylor has also nominated for "Business Woman of The Year".

Sixty5 Media and our celebrity media site, Pozarazzi.com have provided professional coverage of LA Fashion week since 2012, focusing on the positive  accomplishments in the industry. In 2014 Pozarazzi.com was awarded with the Media Award by Mikey Koffman at Sunset Gowers Studio in Hollywood, CA.